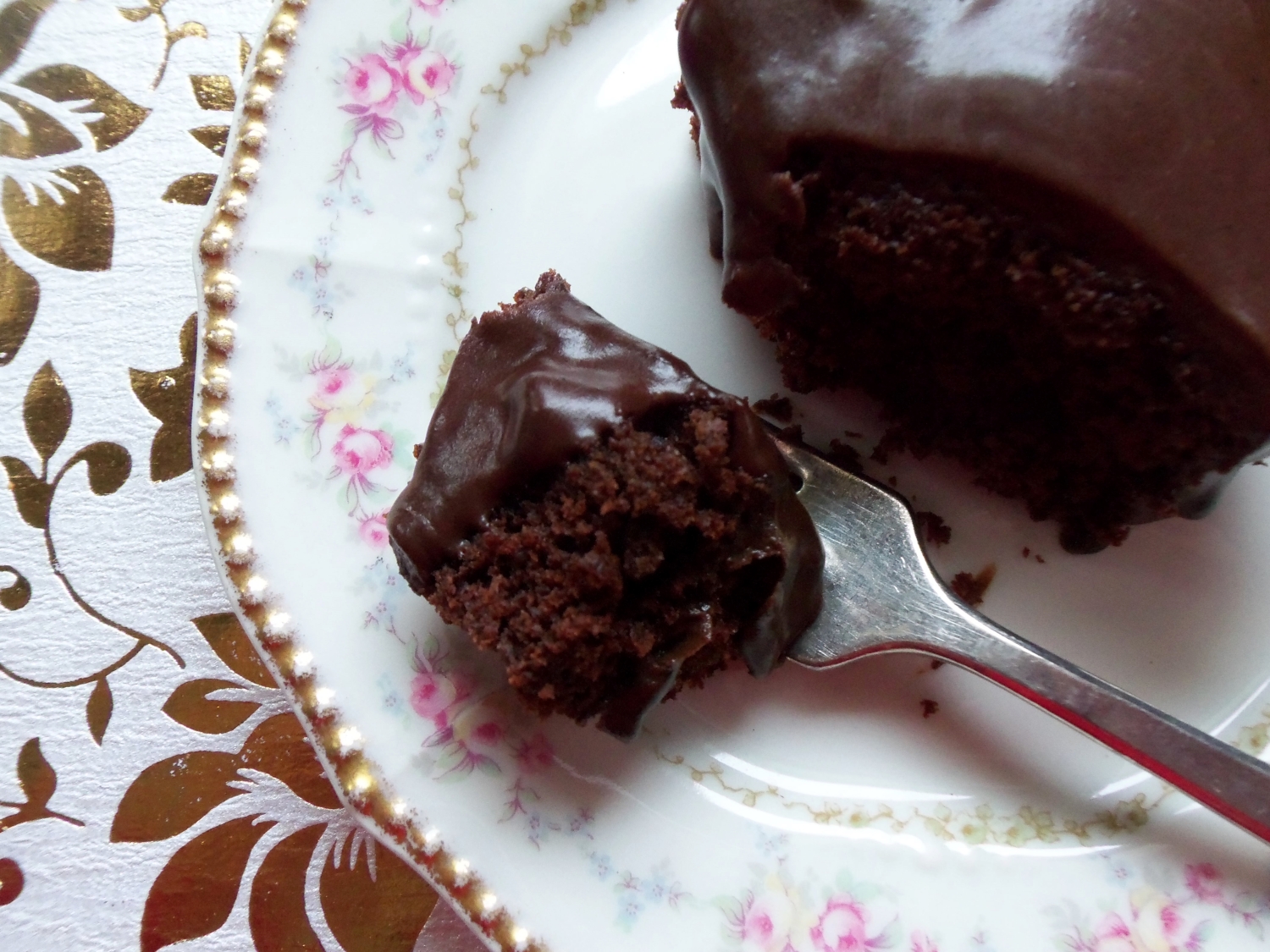 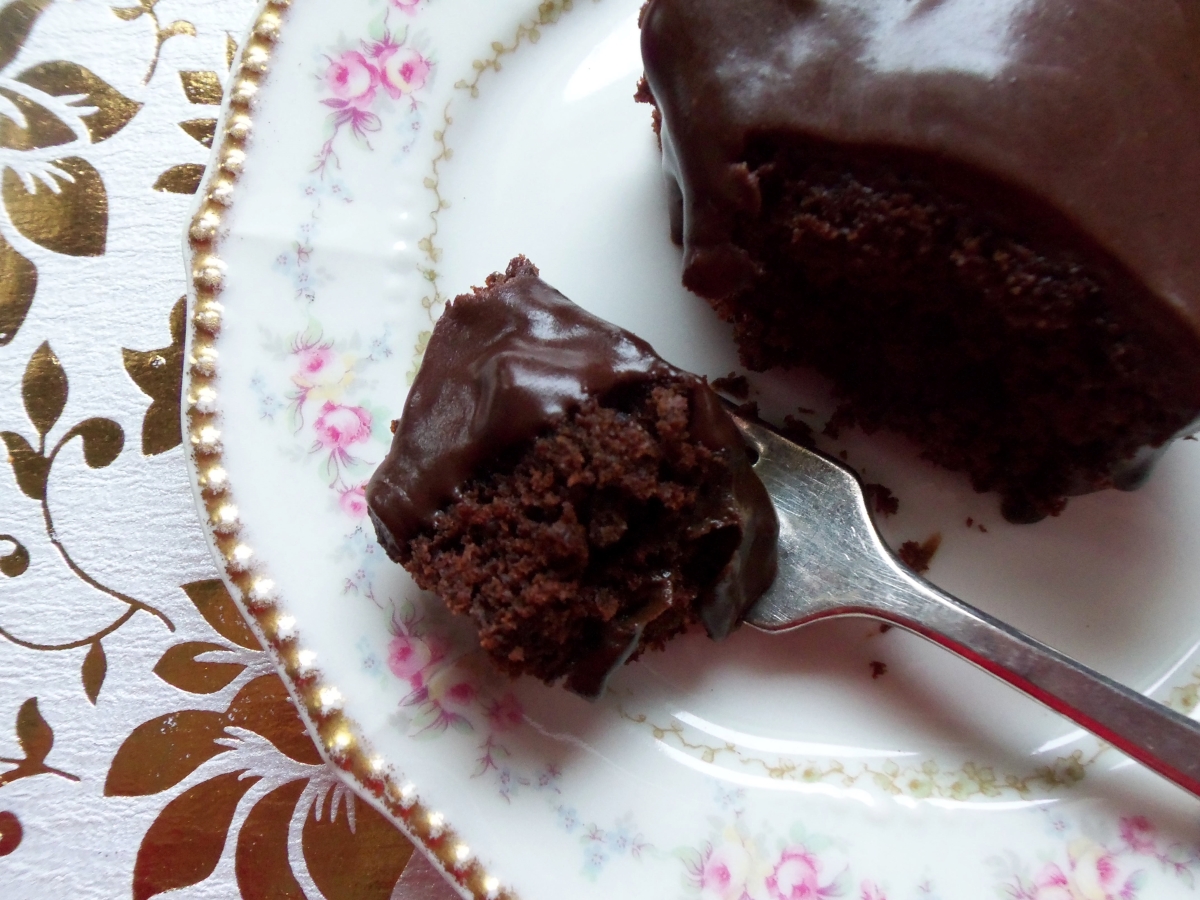 I have been researching brownie recipes in digital newspaper archives for a few months and came across a recipe for a chocolate cake in the December 20, 1871 issue of The Indiana Herald. At first, I thought it might be a precursor to our American brownie, as it is the first recipe I’ve been able to find that calls for the chocolate to be melted and then added in to the cake.

It’s close, but the amount of flour called for definitely makes it a cake and not comparable in texture to a brownie. I tested it this week and it is a fabulous and easy recipe for a chocolate sheet cake!

The original recipe was published as follows:

CHOCOLATE CAKE-One cup sugar, one-half cup butter, one-half cup milk, two eggs, one teaspoonful soda, and two cups flour; grate one-half a cake chocolate and mix one-half cup milk and the yolk of one egg, sweeten to taste, and add one teaspoonful vanilla; boil till soft, and then mix together; bake three-quarters of an hour. This will make one very large cake. Or bake the first mixture in sheets, and after baking the chocolate, spread it between, and it will make a delicious chocolate jelly cake.

Similar recipes popped up in my research in later newspapers and cookbooks, but this one is unique in that the chocolate “jelly” or glazing is made with egg yolk. I could eat the chocolate jelly all by itself, it is light, flavorful and the texture is like silk. Make a double batch and use the extra for glazing the cake once it’s cooled!

Make the chocolate jelly first, then let it cool a little before adding to the rest of the cake ingredients. 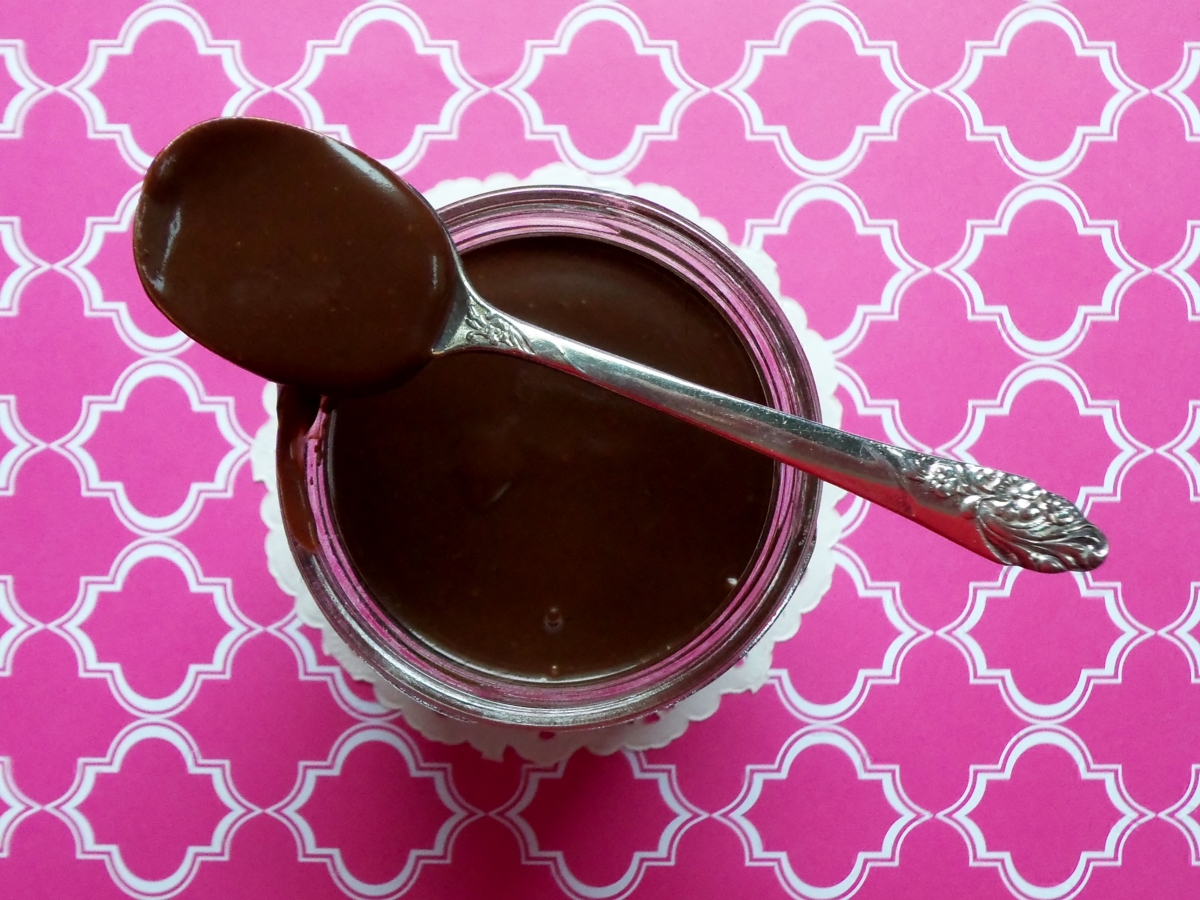 Place sugar, chocolate and milk in a heavy saucepan and heat on low just until sugar and chocolate are melted. Remove from heat. Let cool a little if too hot; mixture should be warm, not too hot to the touch.

Mix egg yolk in all at once stirring to completely incorporate. Place saucepan back on heat, turn to medium and bring to a gentle boil, stirring the whole time. Let bubble 2 minutes, then remove from heat. Let cool slightly before using in cake.

1/2 cup unsalted butter (one stick), softened but not melted

Grease a 9 by 13 baking pan, set aside. Preheat oven to 350 degrees Fahrenheit.

Mix sugar and butter together by hand until well combined and no butter lumps remain. Add eggs and chocolate jelly. Stir in flour, baking soda and salt and mix well.

Pour batter into prepared baking pan evenly. Bake for 25 to 35 minutes, begin testing for doneness at 25 minutes. Remove from oven when cake tester comes out clean.

Let cool before serving, or divvy out the spoons while still warm and let everyone dig in! Serve with a sprinkling of powdered sugar, vanilla ice cream, or glaze with more chocolate jelly.

The chocolate jelly can be served immediately as a sauce, or let it cool slightly to glaze cake. Store, covered, in the refrigerator for up to one week~if it lasts that long!

Once cooled in the refrigerator the texture will be like a light frosting or spread. If you want it to be more sauce like,  just reheat gently to desired consistency. 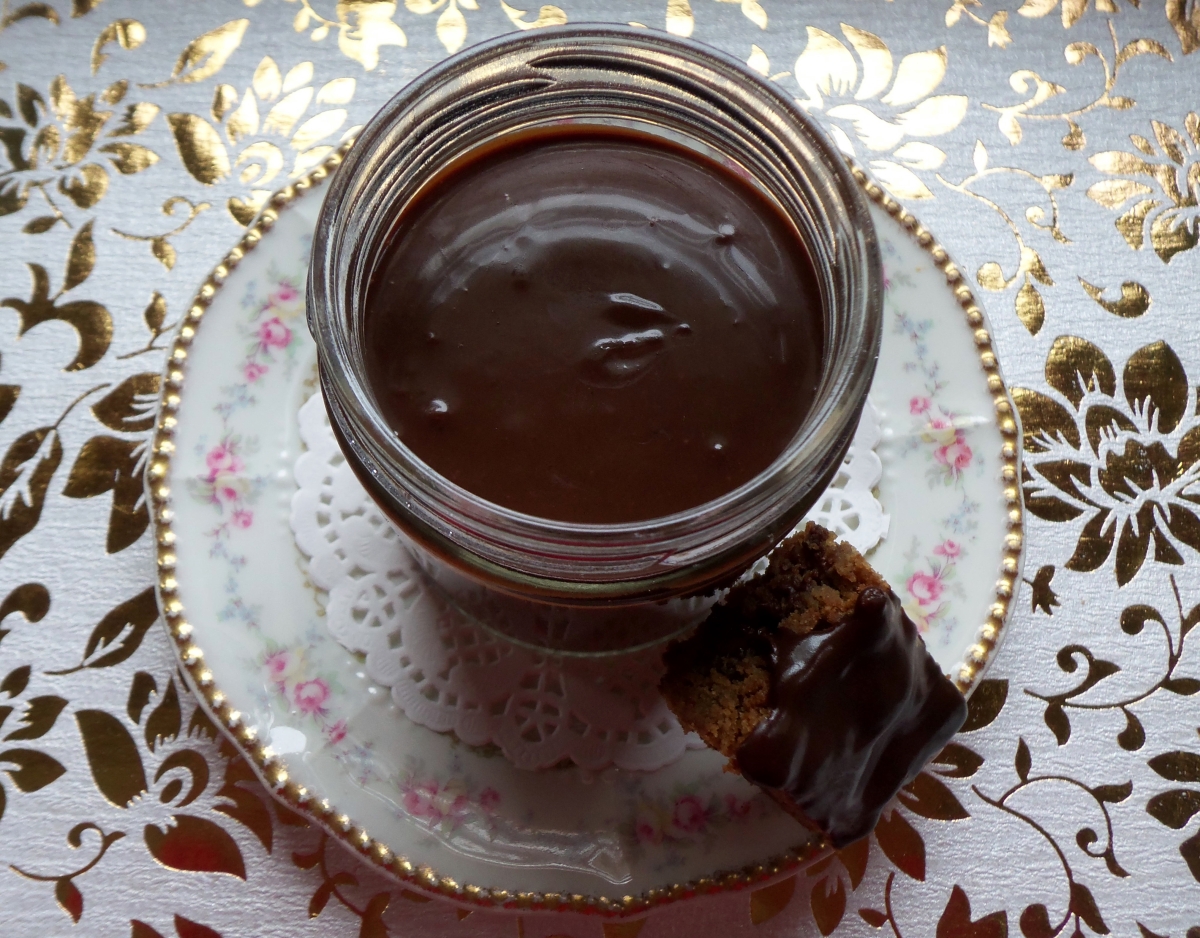