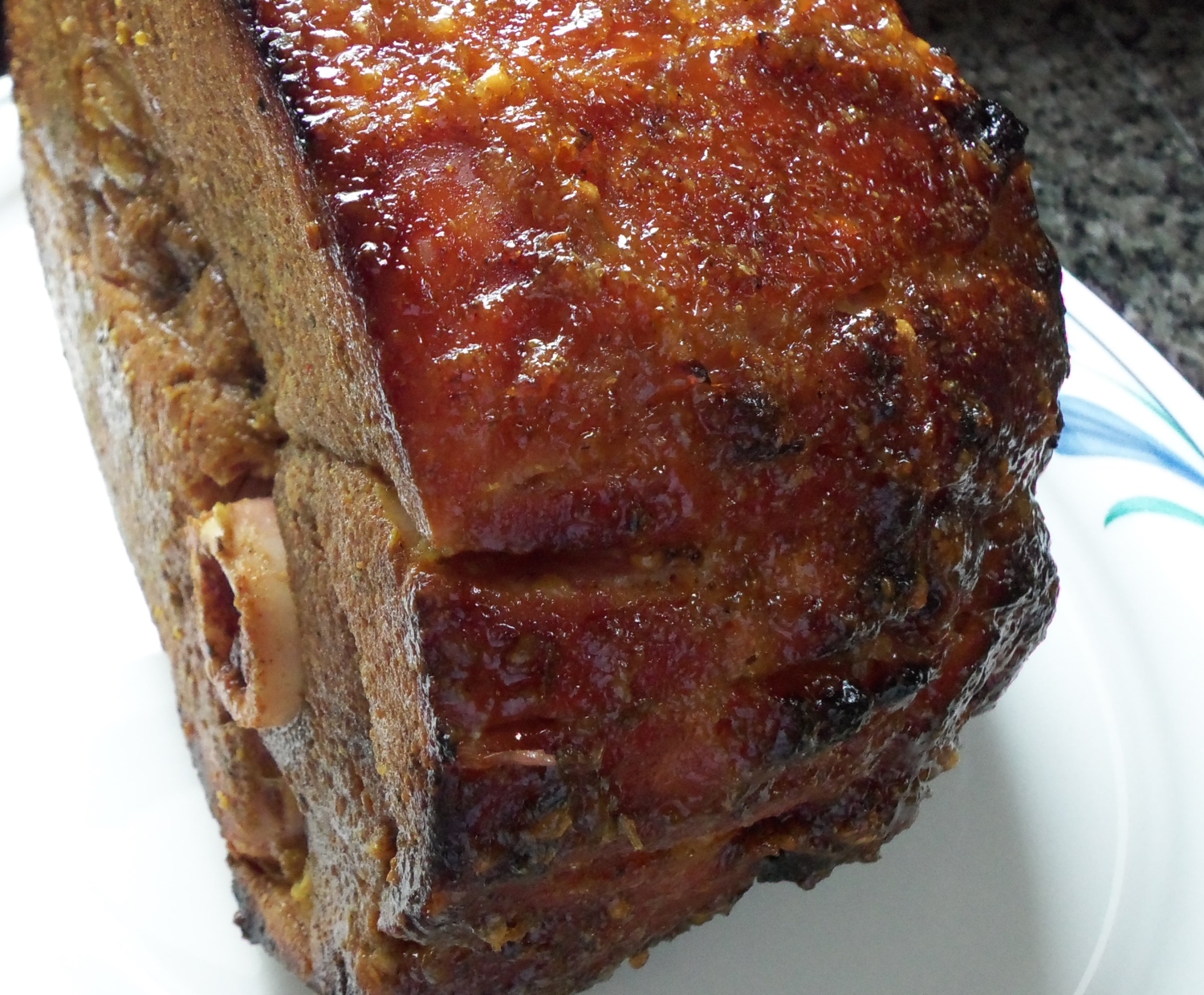 I used my Muscadine Nectar in the glaze for my Easter ham, replacing the honey called for in the recipe. It was a sweet, southern substitution that had me pigging out (pardon the porky pun) on the brown, caramelized, scraps while I carved it!

Unwrap and trim the ham when you get home, leaving only 1/4 inch layer of fat on.

Cover with plastic wrap and refrigerate for at least 2 hours or overnight.

Remove ham from the refrigerator and let come to room temperature about 30 minutes.

Preheat oven to 325 degrees Fahrenheit. Line a baking sheet with parchment, place ham on top, cut side down. Cover with piece of parchment, then aluminum foil, wrapping it around the baking sheet rim to close.

While ham is baking, heat muscadine glaze in saucepan:

Heat until sugar and butter are melted, set aside to cool 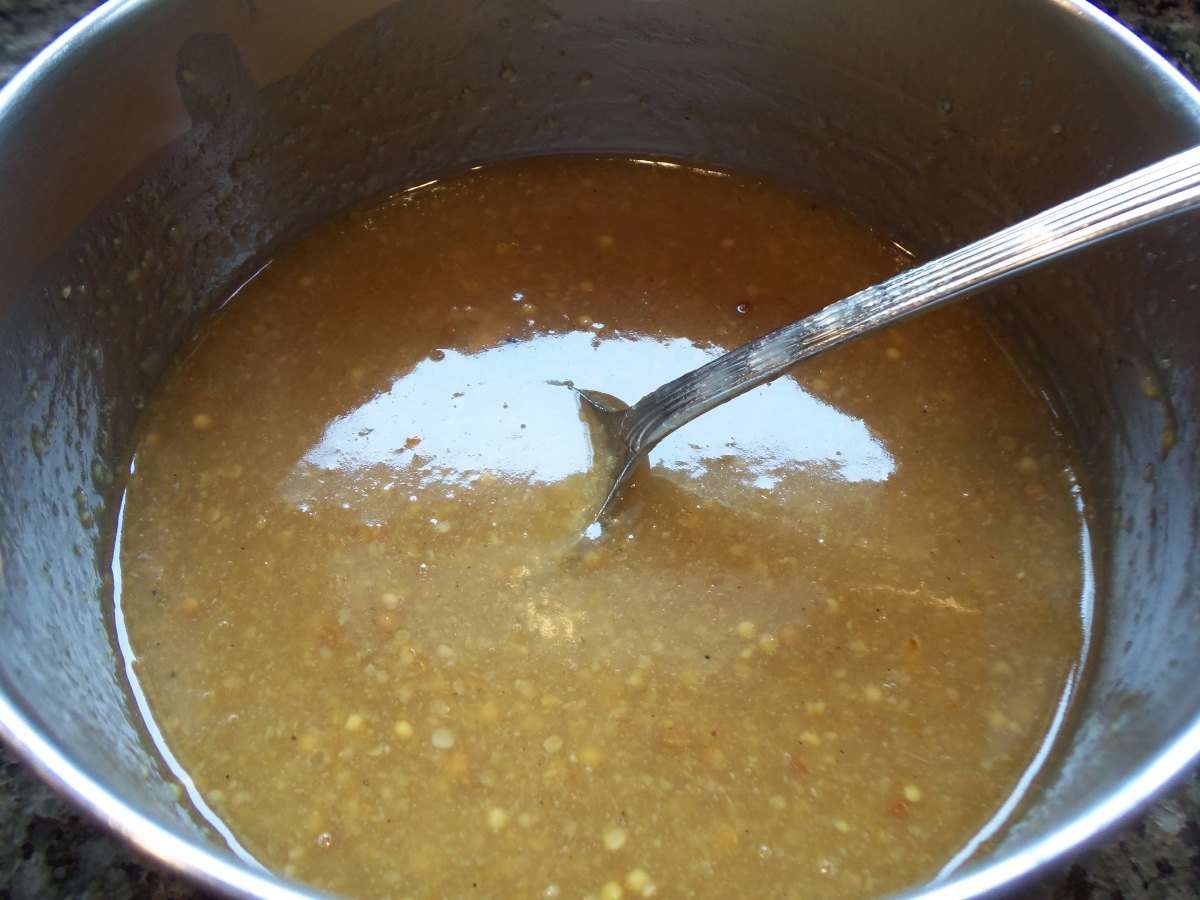 Remove ham from oven, increase oven temp to 425 and remove foil and paper. Score ham fat surface with quarter inch cuts, don’t penetrate to the meat. Use a wad of paper towels to hold the ham steady and protect your hands while you score it.

Glaze ham with 1/3 of the glaze, put back in oven and bake for 15 minutes. Remove from oven and glaze again, repeating process twice more and baking for 15 minutes more each time.

Let cool at least 45 minutes before carving. Serve immediately or store in the refrigerator until ready to serve, reheating at low temperature prior to serving. 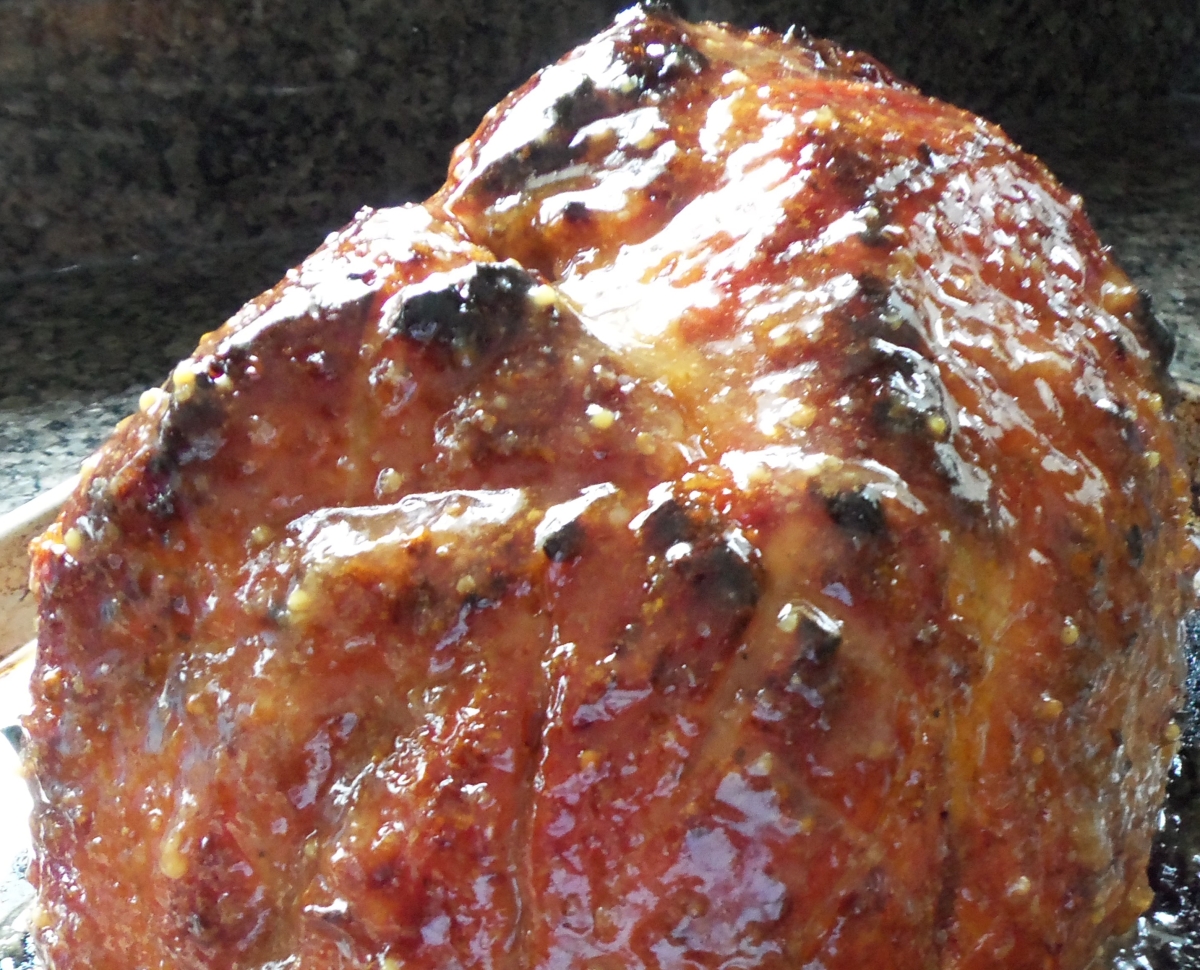