I have had some muscadine grapes stored in the freezer since last fall. I just couldn’t decide what to do with them after picking them up at the farmer’s market, so freezing seemed the best option. Last week I finally pulled some out and made some muscadine jam.

Muscadines are a grape variety native to the southern United States. Vitis Rotundifolia are very round, as their name suggests, with rather large seeds. The skin is tough and naturally scarred, looking as if they have golden veins. I’m not fond of eating them fresh, you have to eat the flesh and then spit out the skin and seeds and they are quite sweet/tart with floral notes. They do, however, make great jelly/jam, syrup or wine.

Since muscadines are quite sweet on their own, I opted for less sugar in my jam and a little potato starch instead of commercial pectin. This lightens the texture of the jam and makes it similar to a light fruit butter or sort of airy syrup. Nectar!

Use it as a jam, filling for pastries, as a fruit concentrate/syrup for drinks, or in place of honey in recipes. I used it this weekend to glaze my Easter ham and it was delicious!

juice of one lemon

Place muscadines and lemon juice in a medium to large saucepan and bring to a boil. Boil gently for 5 to 10 minutes, until fruit softens a little and skins begin to split. Remove from heat and, working in small batches, ladle the fruit into a seive with a bowl under it and push the juice through.

You’ll have to put some force into it, keep pushing until you only have skins and seeds left in the seive. Scrape any fruit solids clinging to the outside bottom of the seive into the bowl as well.

Place the muscadine juice back into the saucepan and add 1/2 cup of the sugar and the salt. Bring the mixture to a boil and stir, carefully tasting it to see if it needs more sugar. Stir in the remaining sugar, 1/4 cup at a time only if you think it needs it. To get the consistency I achieved, dissolve 1 tablespoon potato starch in 2 tablespoons of water, then add to the saucepan. Bring the mixture back up to a boil and boil while stirring for 2 to 3 minutes. 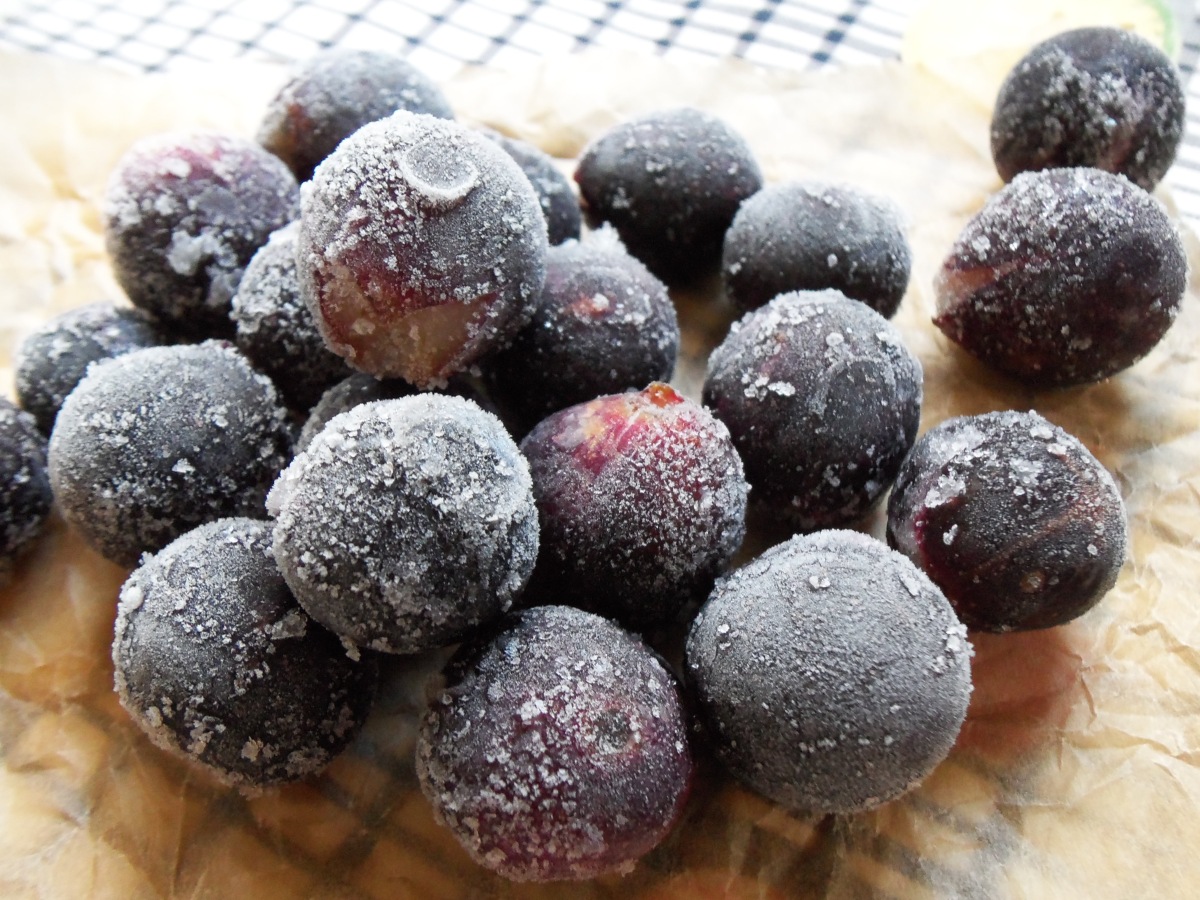